And he loved talking about what he was reading (and also what music he was listening to) with his family and friends, and also with his union colleagues.

He would often have a short scribbled list that he would pass on during discussions, especially young organisers and emerging leaders, that he believed would help them to understand their role more completely. He practised as a working-class intellectual, although not an academic.

As a good example, this list below comes to us from Doug Cameron, former National Secretary of the AMWU. Doug describes how Laurie passed it to him during their first discussion after he had been elected around 1983 by the members to his first full-time organiser's role. 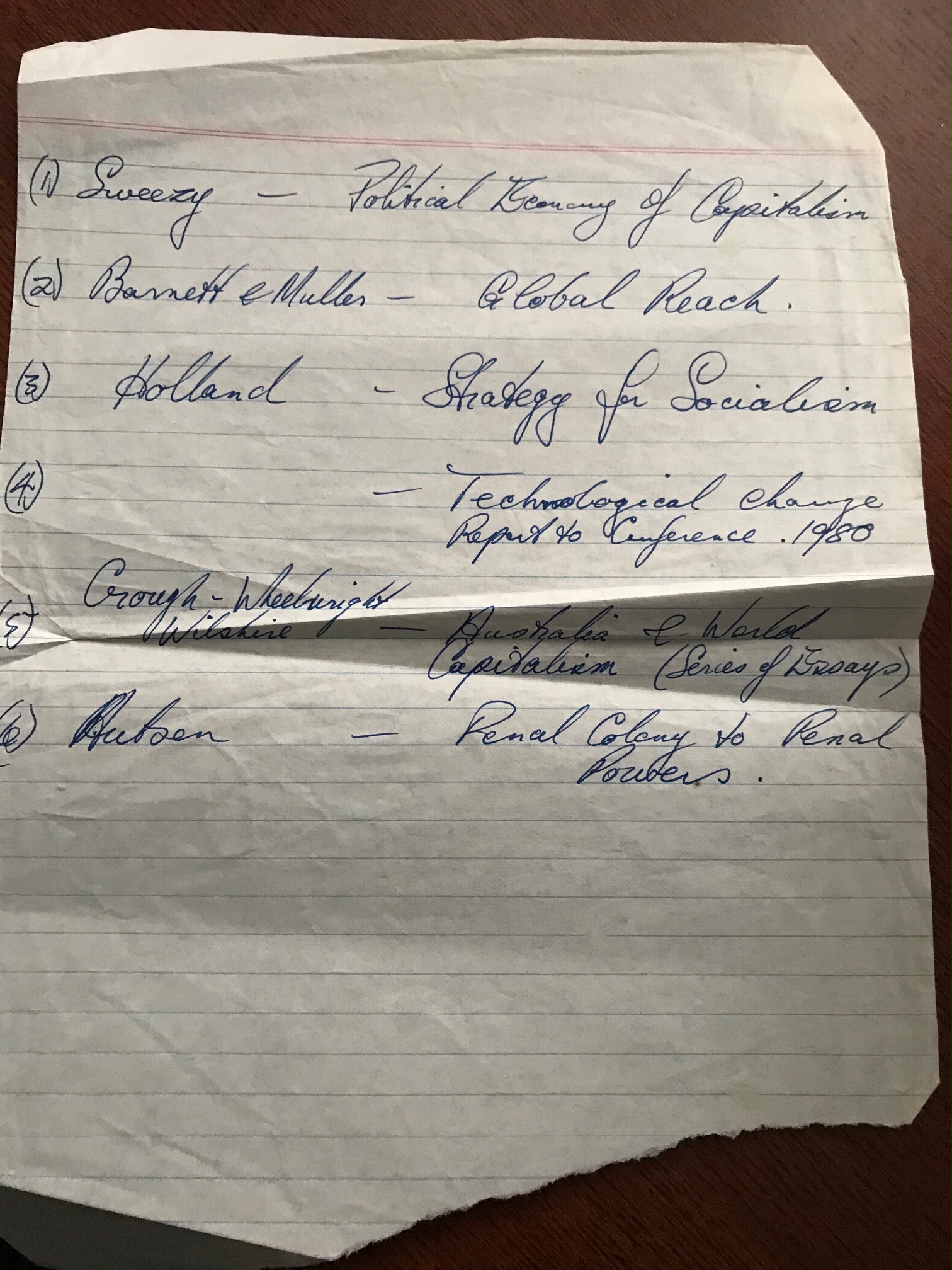